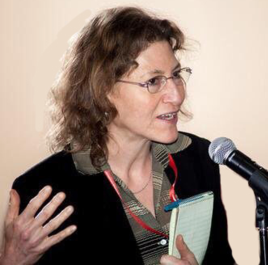 Pity the poor grapefruit. Never as popular as its sweeter sibling the orange, it also possesses a potentially dangerous flaw: When combined with certain medications, the juice of the grapefruit can dramatically boost the amount of a drug in the bloodstream and increase the chance of adverse effects.

Here's why: The intestine is host to an enzyme that, under normal circumstances, breaks drugs down; recommended dosages of drugs take into account this enzyme's effect. But both grapefruit and its juice somehow inhibit the action of this enzyme, and the patient ends up absorbing a much higher dose of the drug than the doctor intended.

Scientists don't know exactly which ingredient in grapefruit is responsible for this perplexing property, but it doesn't appear to be shared by oranges or any other fruit, according to Garvan C. Kane, an internist at the Mayo Clinic who co-authored a comprehensive review paper on grapefruit-drug interactions in the September issue of the Mayo Clinic Proceedings.

What's worrisome is that the drugs that grapefruit interacts with are among today's most commonly prescribed. They include many of the cholesterol-lowering drugs known as statins (such as Zocor and Lipitor), some of the calcium antagonists used to treat high blood pressure (Plendil, Sular), the sedative Valium, the anti-anxiety medication BuSpar and possibly the impotence drug Viagra.

Grapefruit-drug interactions were first noticed about 10 years ago. Although there have been no reports of death or even serious adverse effects associated with the phenomenon, nobody has specifically looked for them. And bad reactions have been reported in people who have combined these drugs with the antibiotic erythromycin, which blocks the same enzyme that grapefruit does.

The effect is akin to an overdose of the drug itself. High doses of statins, for example, can lead to muscle pain or weakness, and in rare instances a condition called rhabdomyolysis, in which excess muscle breakdown can lead to kidney failure. Grapefruit plus calcium antagonists could cause dizziness or faintness. And a higher Valium dose means increased sedation.

Some pharmacies label prescription bottles with a warning not to consume grapefruit juice within two to four hours of taking these medications. But Kane says that might not be a long enough waiting period for the drugs with more serious side effects. "The grapefruit juice effect can last up to 24 hours. Given that most medications are taken on a daily basis, I would advise that a person not take grapefruit juice at all without first discussing it with their doctor," Kane said.

But suppose you wanted to boost the amount of a drug--say, Viagra--in your system. Could you combine it with grapefruit? Not a good idea. Grapefruit might indeed enhance Viagra's potency-inducing property, but at a price: Side effects such as headache, flushing, indigestion and vision changes would likely rise as well.

Kane urges caution. But "I don't want people to panic. With many medications, grapefruit is perfectly safe. It's just a matter of discussing it with your physician."

That view is echoed by Falco Witkamp, director of grapefruit marketing for the Florida Department of Citrus, based in Lakeland, Fla. "There are many foods that interact with medicines, including caffeine and milk. People should always discuss their diet with their doctor," he urged.

And of course grapefruit does have a health upside: Studies have shown that regular consumption reduces the risk for heart disease, stroke and possibly cancer. ###